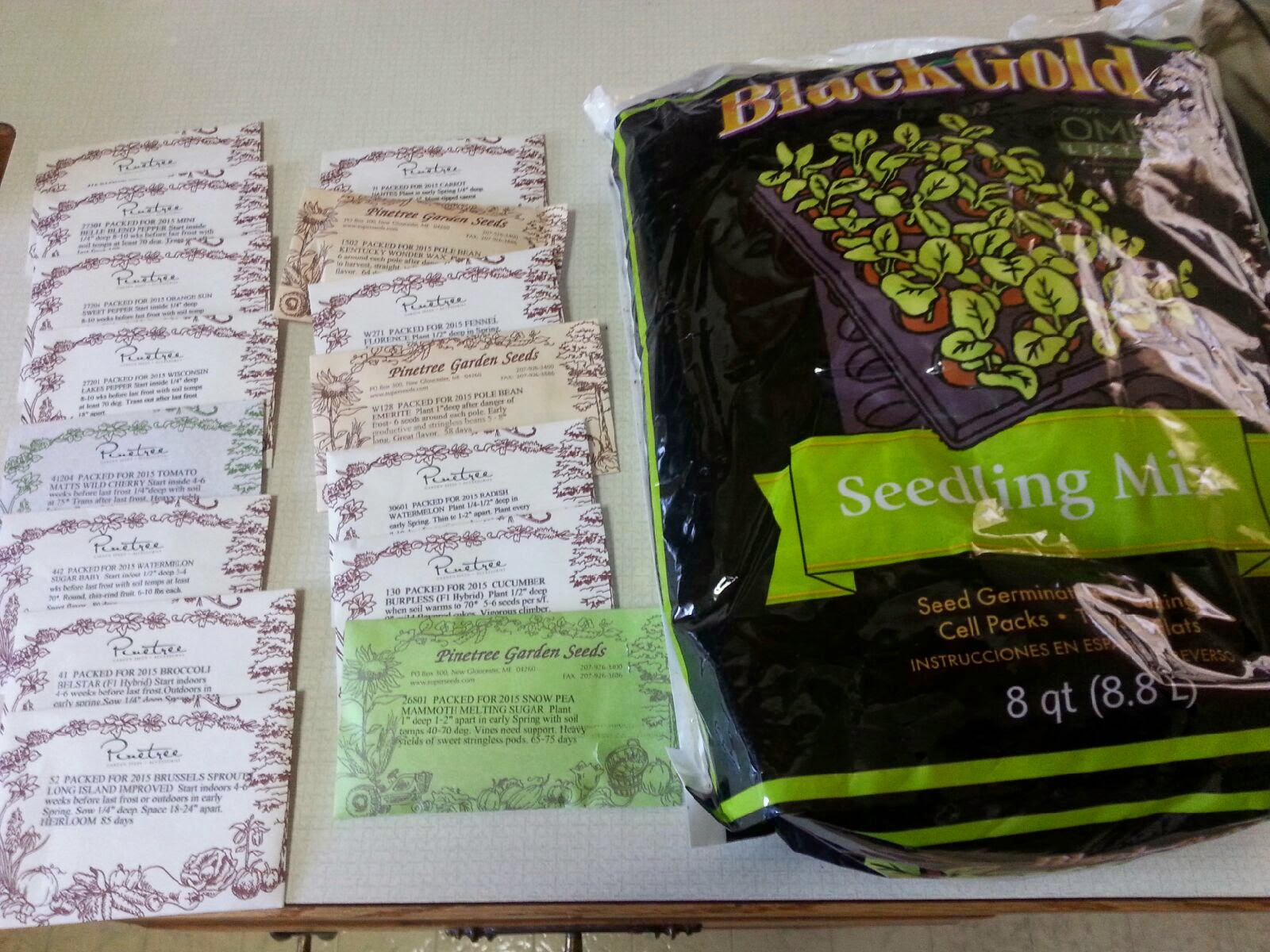 Just like every spring, I was super excited to get my seeds in the mail.  This year I ordered my seeds from Pine Tree Seeds.  I haven't used them before but they had really good reviews and I like that they guarantee their seeds to be GMO free.  The memory of the fluorescent bright colored cucumber seeds I received a couple of years ago is still fresh.  I think starting with good seeds is important and for me and my family that means non GMO. 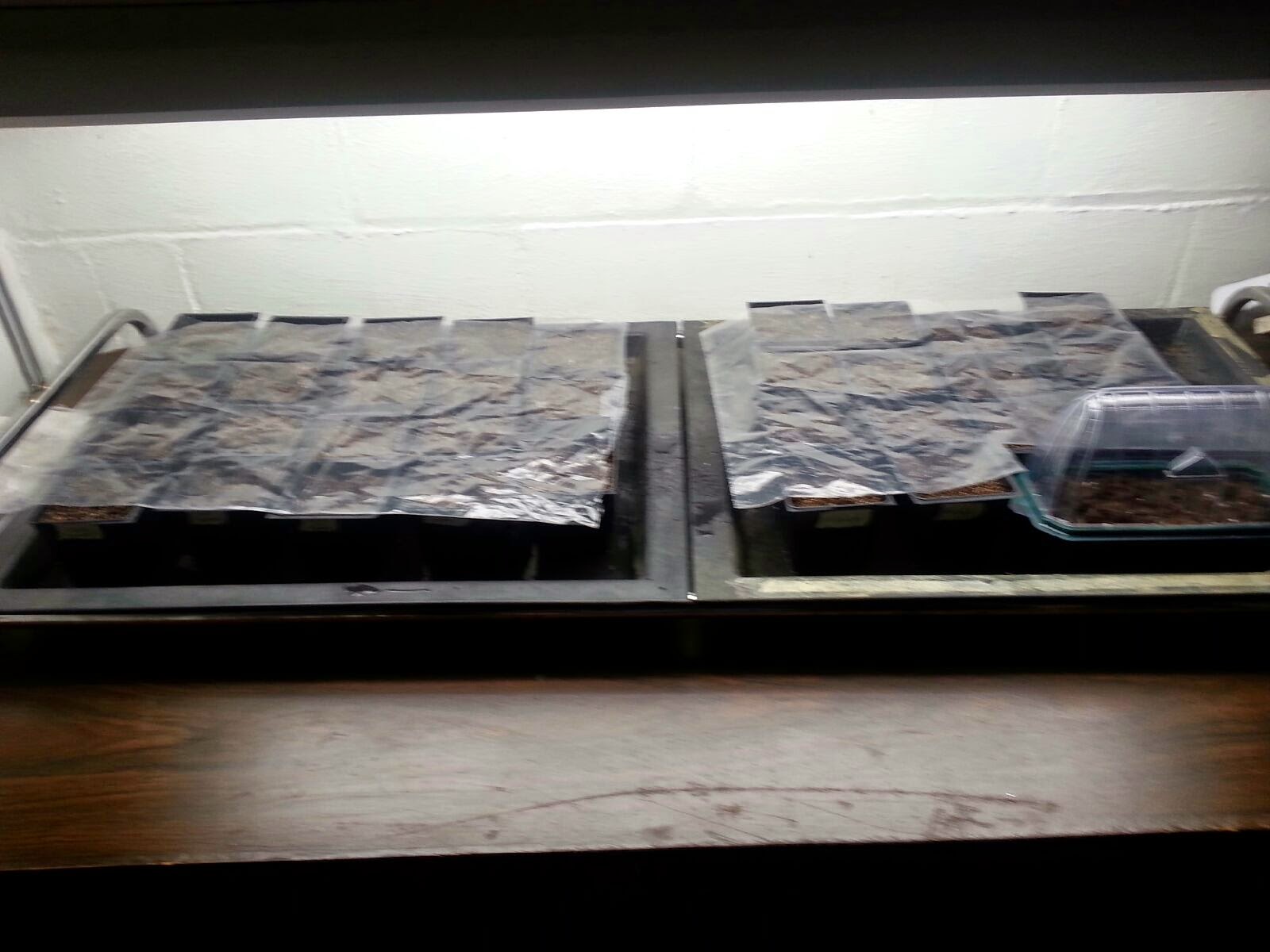 And here is proof that I planted the seeds this weekend - well the ones that are good to start inside.  It is always to exciting to get started every year.  My teenage son is obsessed with venus fly traps and received a kit to grow his own last December.  He decided it may not be the right time to start them  in the middle of winter so he started his fly trap seeds and put them under the lights.  I hope they grow - he will be so disappointed if they don't.

Looking forward to a great growing season for all of us.
Posted by Kathi at 2:34 PM 4 comments:

Feels good to be planting! 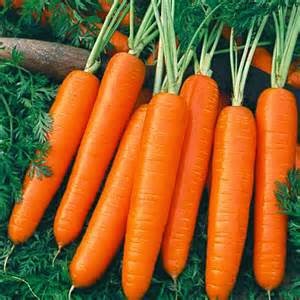 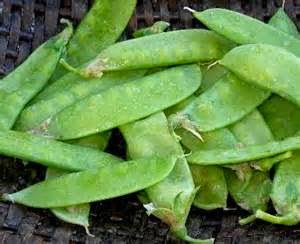 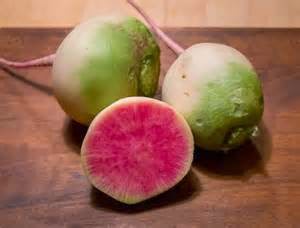 It is still too early to plant much - but after a full week of rain it was nice to be able to get out in the garden and plant something.  I only planted 3 things - but all 3 can take a little cold.  As you can see, I planted carrots (scarlet nantes) snow peas (mammoth melting sugar) and Beauty Heart Radishes.

I can't wait for them to grow and to be able to eat them!  My mouth is watering just looking at these pictures.

Have you planted anything yet?  Leave me a comment and let me know what you are planting. 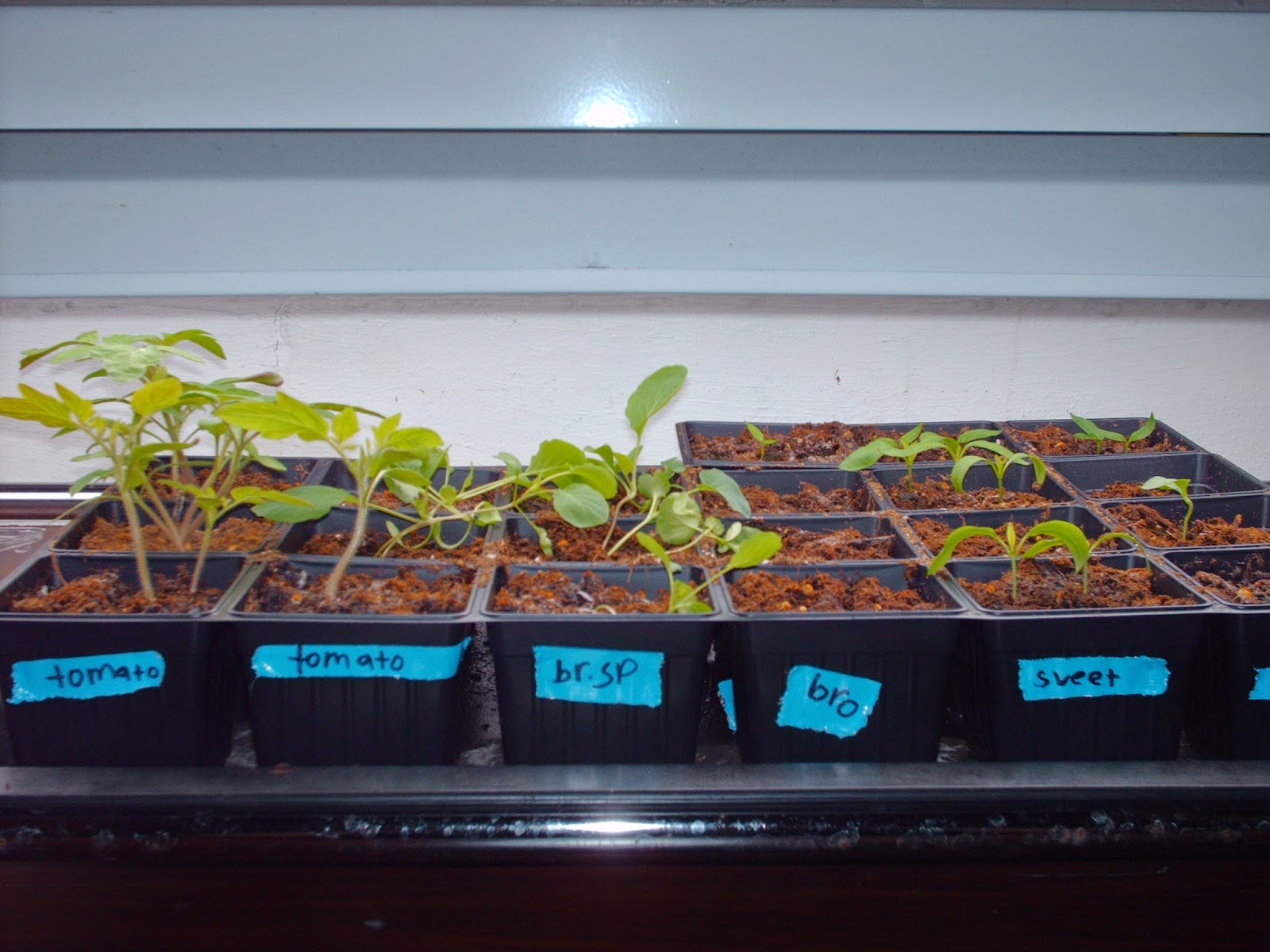 A look at the seedling a month after planting.  Most are up and doing great!  They might be small but they will catch up - they always do. 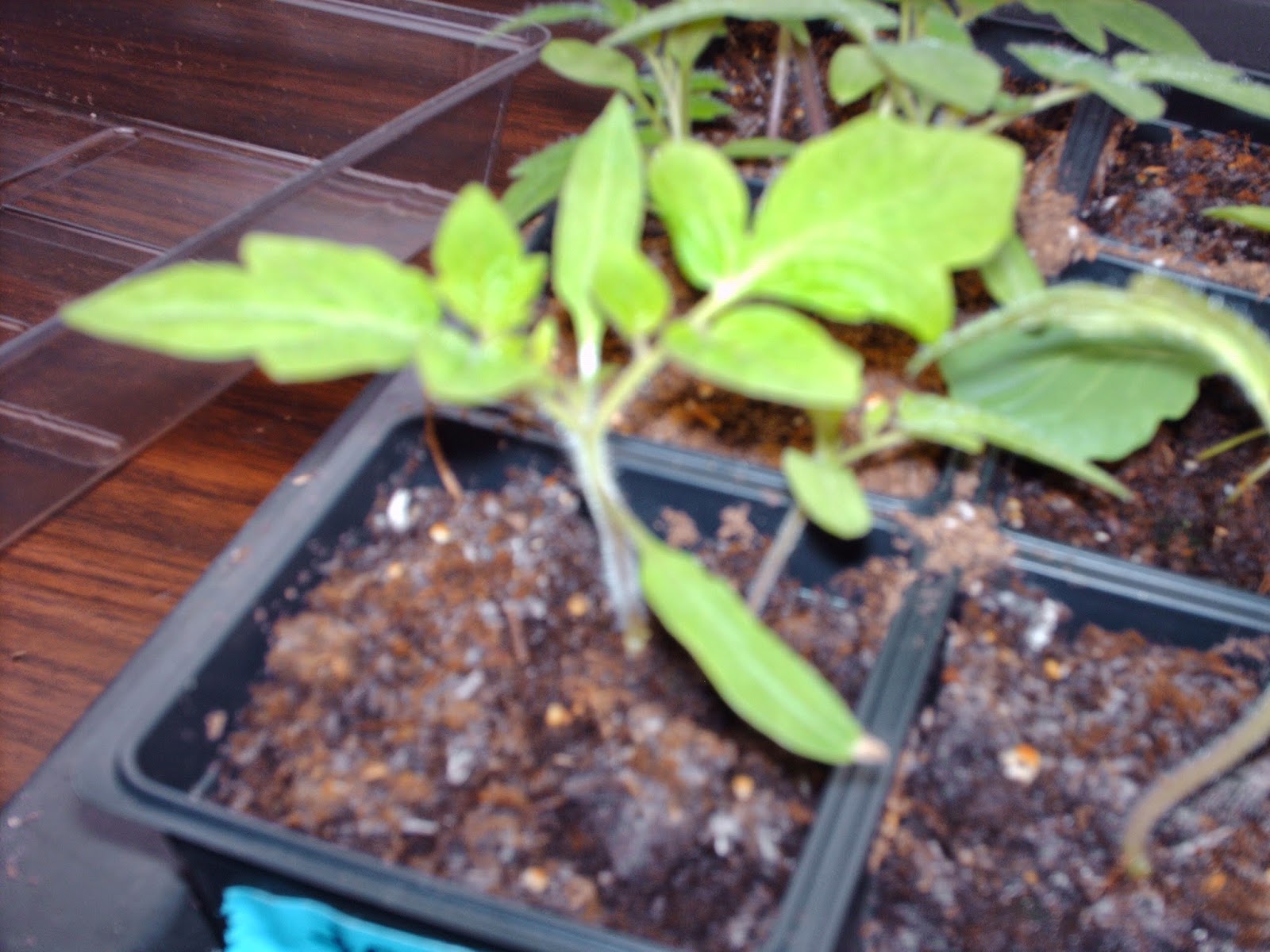 A closer look at one of the tomatoes. 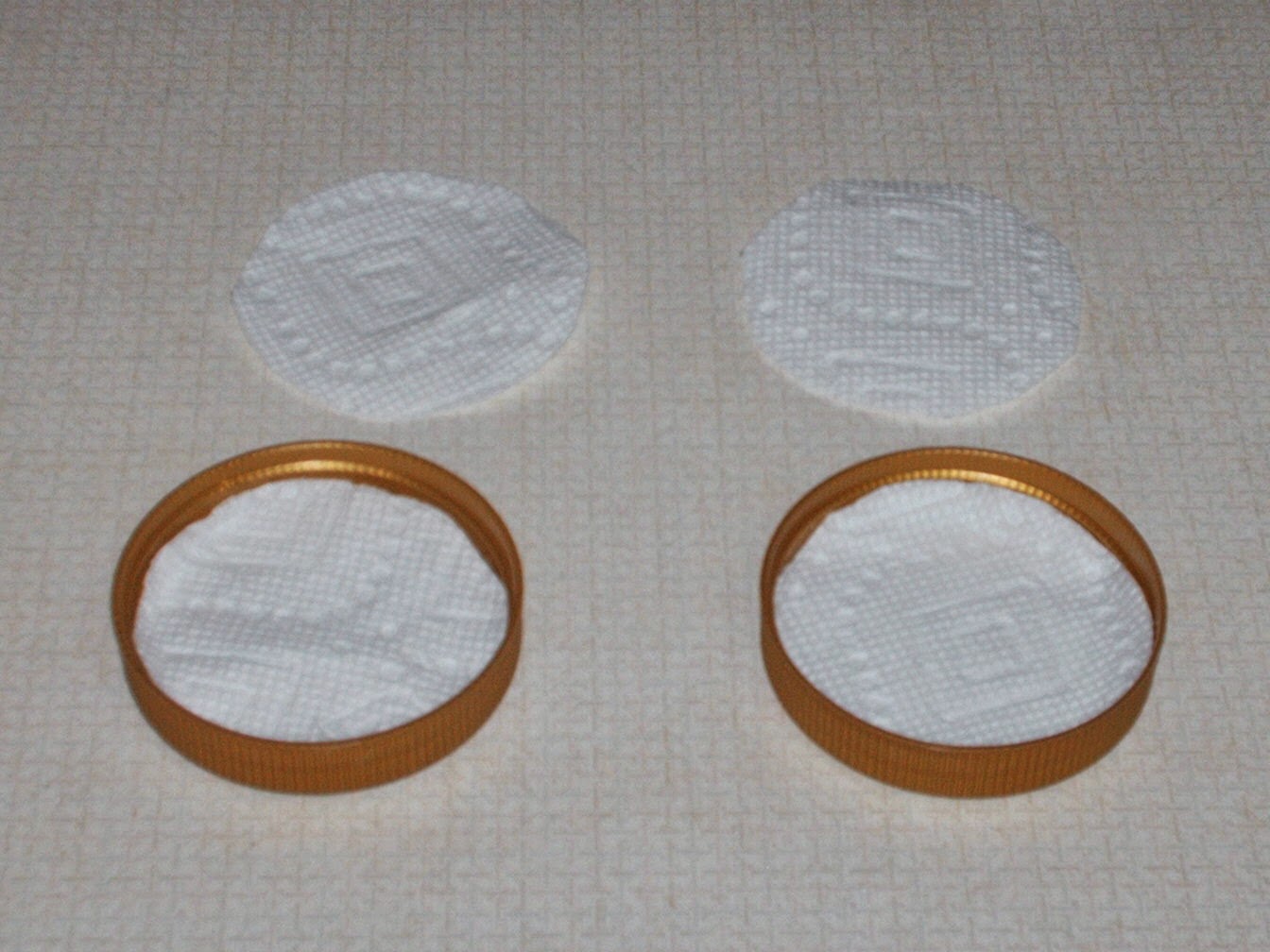 None of the broccoli or hot peppers germinated.  When that happens, rather than replant in the dirt, I germinate them first and just plant germinated seed.  I cut paper towel circles to fit in a jar lid - any paper towel will do but I like absorbent ones so they don't dry out. 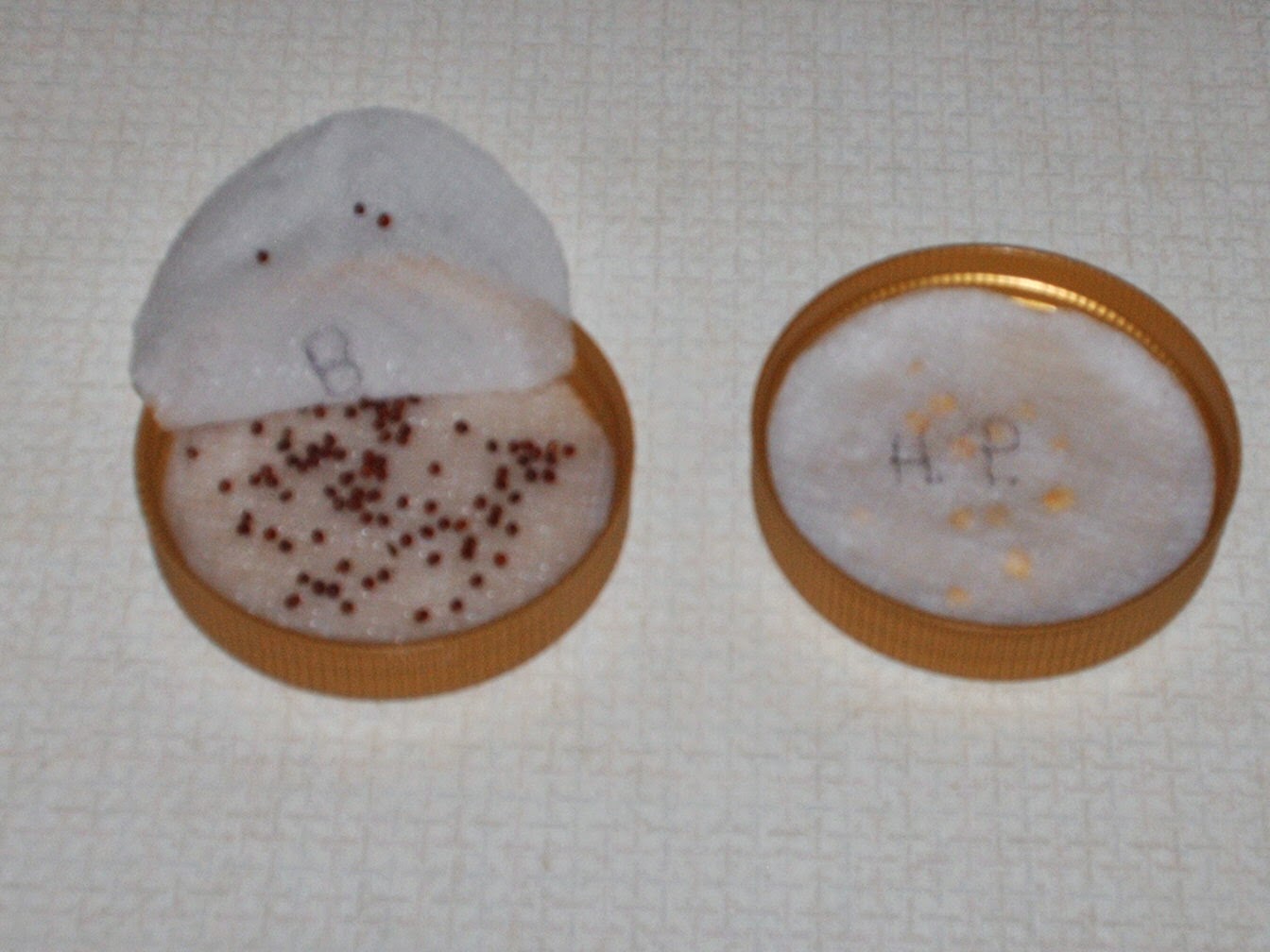 I wet the bottom towels (usually 2 layers) and then spread the seeds on and cover with a single layer.  I keep them in the kitchen window where I can keep an eye on them instead of the basement.
Posted by Kathi at 7:00 AM No comments: 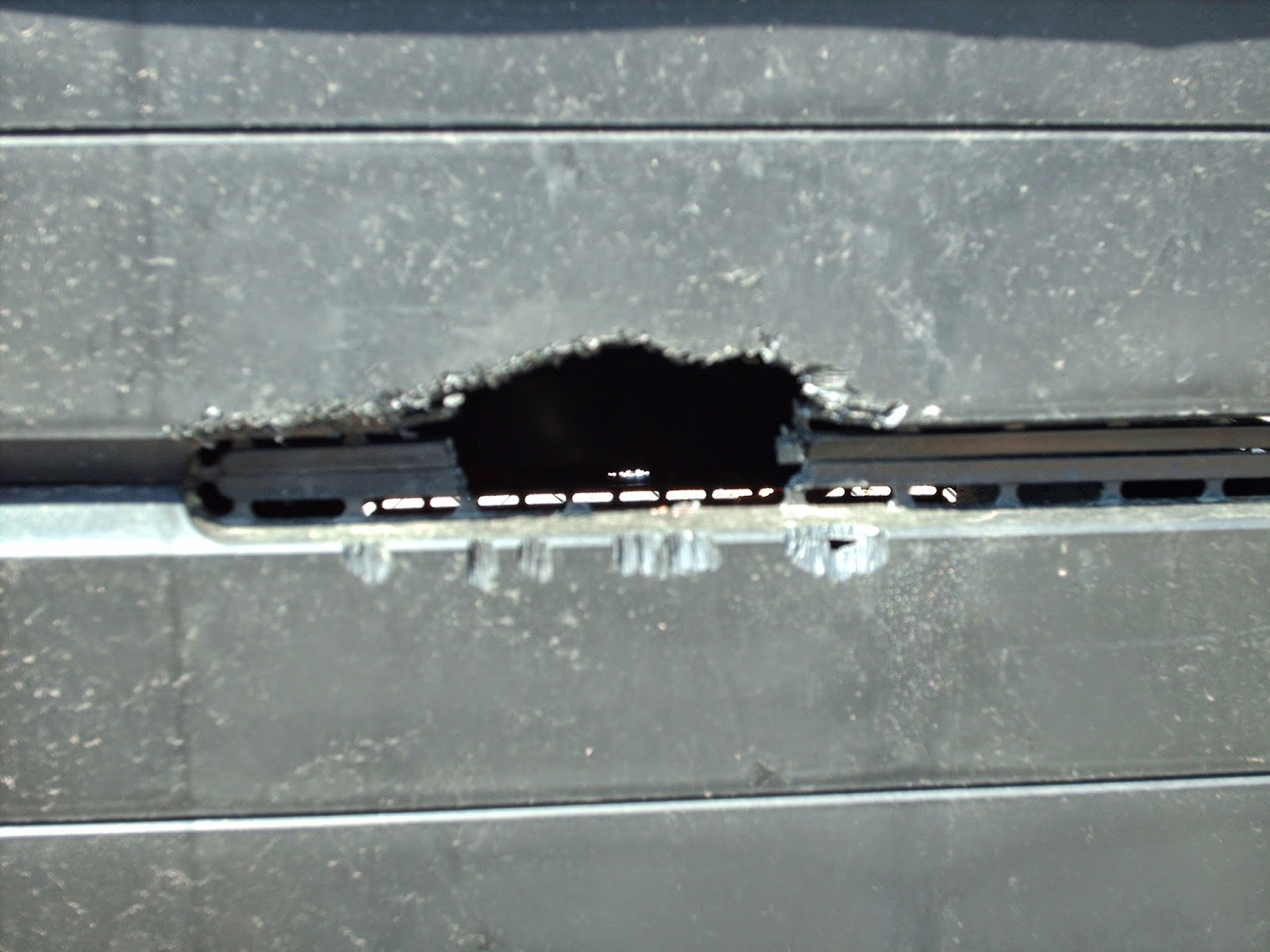 This is my newest compost bin - purchased late last fall right before the snow came.  It sure looks like something wanted in the bin this winter!  Wonder what kind of critter it was.

The 2014 growing season has begun! 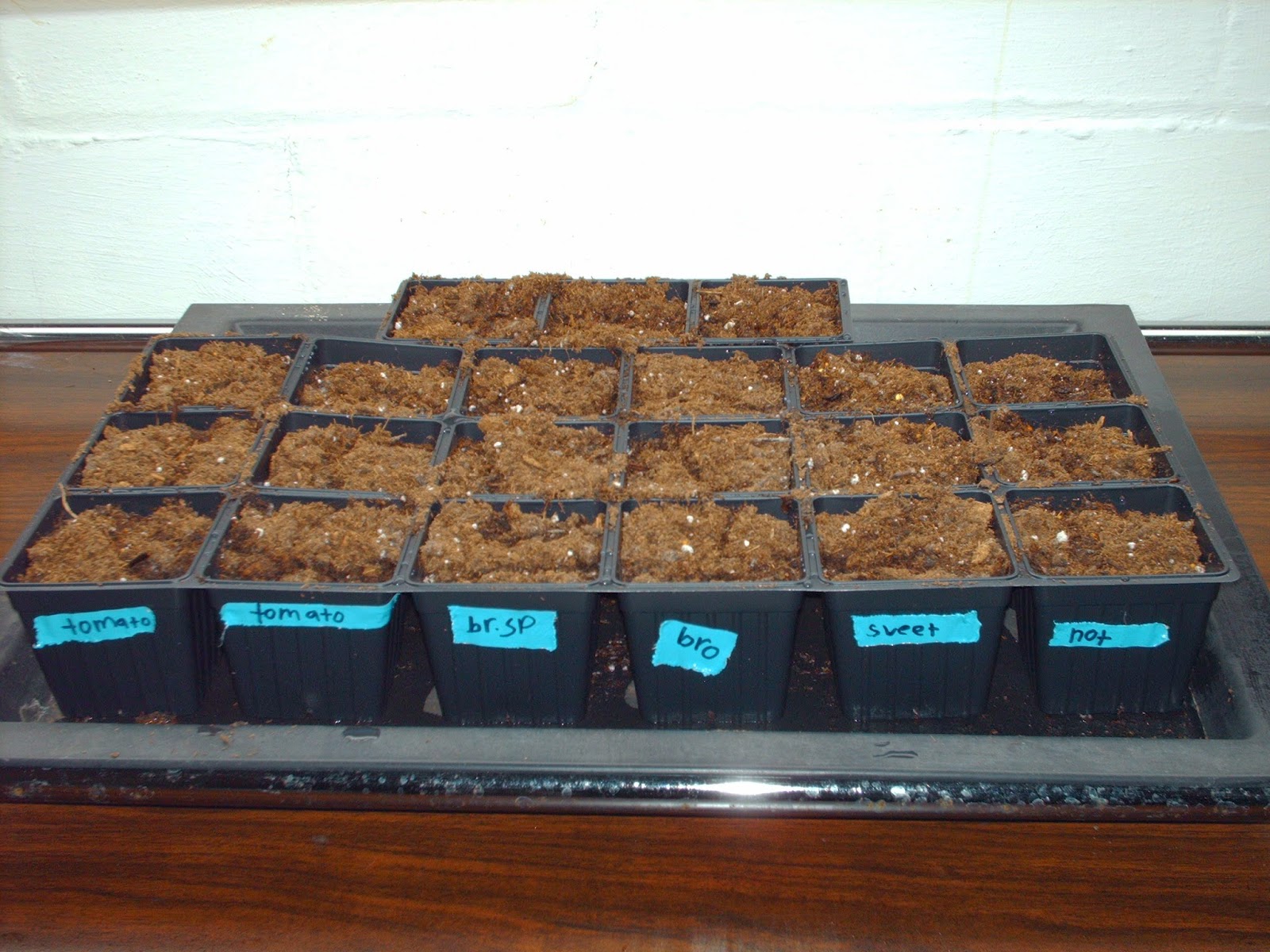 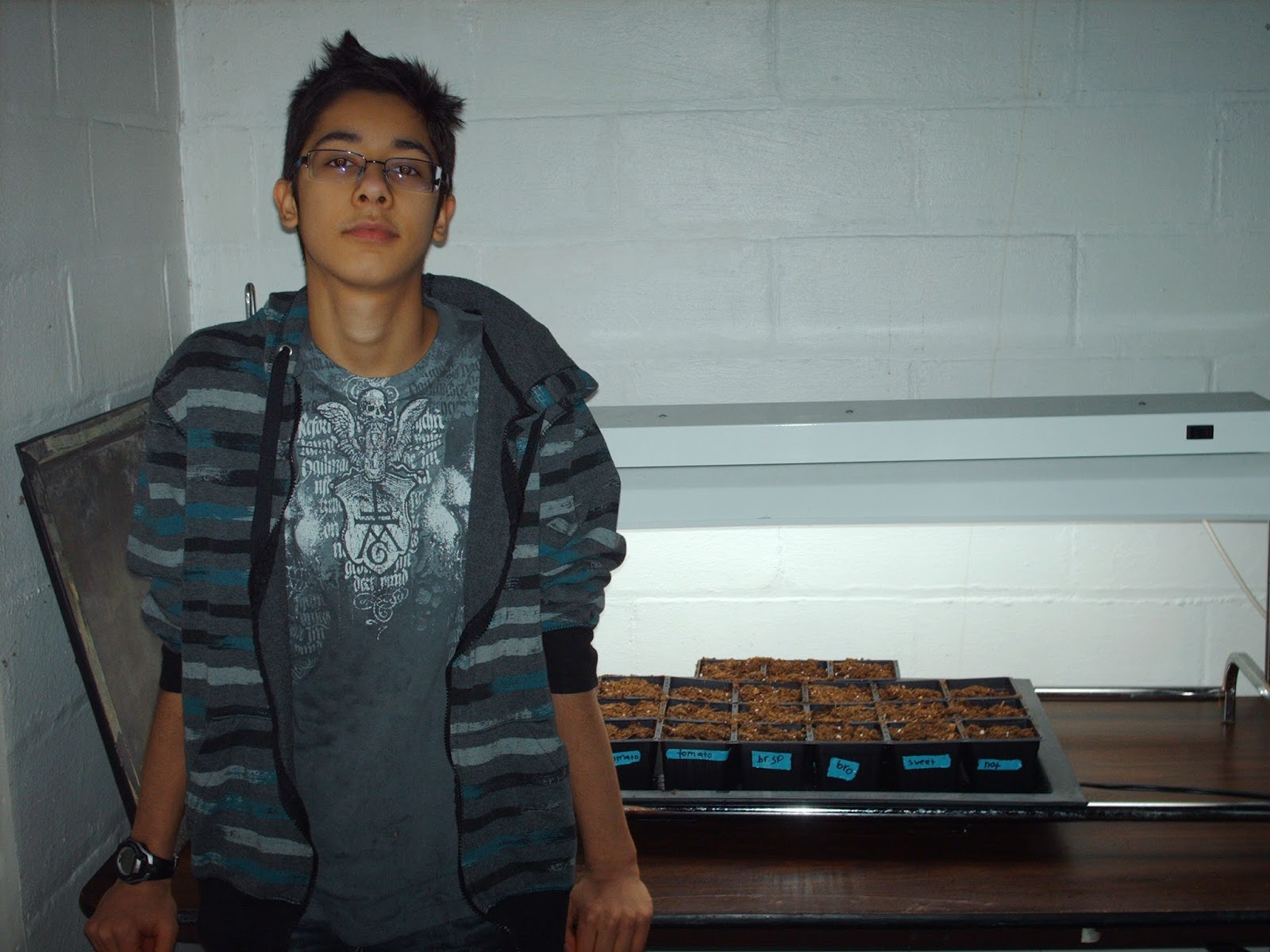 There might still be snow outside but the kid and I were anxious to begin gardening.  He is so much more helpful now than he was when he was little.  His tags might be hard for some to decipher but I can read them so I'm not going to complain. 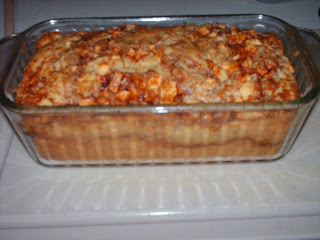 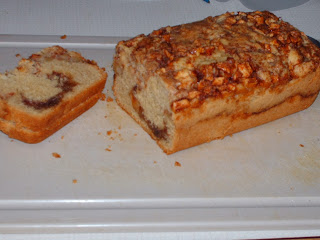 I made this last night - it is all gone already and my family is begging me to make it again.  It reminds me of my childhood in the early 1960s when my Mom would have Coffee Klatches with the neighbor ladies.  Sweet breads like this and coffee were the perfect combination while the women caught each other up on neighborhood news.

If you are not gluten free - just substitute regular flour and omit the xanthan gum from the recipe.

Combine in a small bowl:
1/3 cup brown sugar
1 teaspoon cinnamon.
Mix with chopped apples and set aside.
Beat in a medium bowl:
2/3 cup sugar (use more if you want a sweeter bread)
½ cup coconut oil (or use butter or margarine)

Dough will be stiff

Beat in ½ cup vanilla almond milk (or any milk or milk substitute) until smooth.

Pour half of the batter in a well-greased 9 x 5 loaf pan.

Add half of the apple mixture.

Bake at 350 degrees for 40 to 50 minutes or until a toothpick inserted in the center comes out clean. 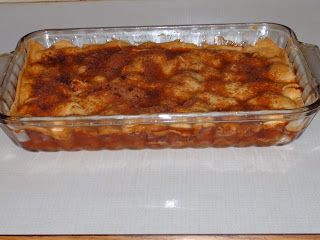 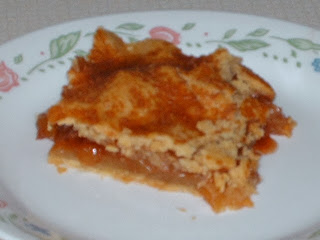 Another use for Apples!  These are so good.  I made these using fresh apples (since I have so many right now) but they would be equally as good made using my apple pie filling.  This would be good to take to a pot luck.

As usual this recipe is gluten and dairy free - just substitute regular flour and omit the xanthan gum and use real milk and butter if you prefer.

This is one recipe that may have a lot of steps but it won't disappoint.


Gluten and Casein Free Apple Pie Bars
In a small bowl:
Beat 1 egg yolk (save the white – it will be used later)
Add ½ cup vanilla almond milk and mix well.

Pull top layer of plastic wrap off dough and invert into pan.  Cut and trim so dough perfectly covers the bottom and doesn’t go up the sides.

Roll out the rest of the dough between two pieces of plastic wrap to fit on the top of the apples – it will be slightly larger than the first sheet was.  Pull top layer of plastic wrap off and invert over the top.  Trim to fit perfectly on top.

In another small bowl, combine 2 tablespoons sugar with ½ teaspoon cinnamon.

Bake at 350 degrees for about one hour (check after 45 minutes) or until nicely browned and you see juices bubbling.

Note – this dough can be hard to handle – rolling it between plastic wrap makes the dough easier to handle and easier to move to the baking dish.   Using dairy substitutes may give you differenn egg/milk mixture and mix until it forms a ball.  If

Kathi
I'm married with one son. Life is busy, busy, busy and I like it that way. I am a student going for my Master's in Holistic Health and Nutrition Education. Besides my family, my passions are gardening and cooking. 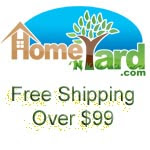